A former co-worker of mine asked me if I would make a birthday cake for her son’s 1st Birthday.  How could I say no? 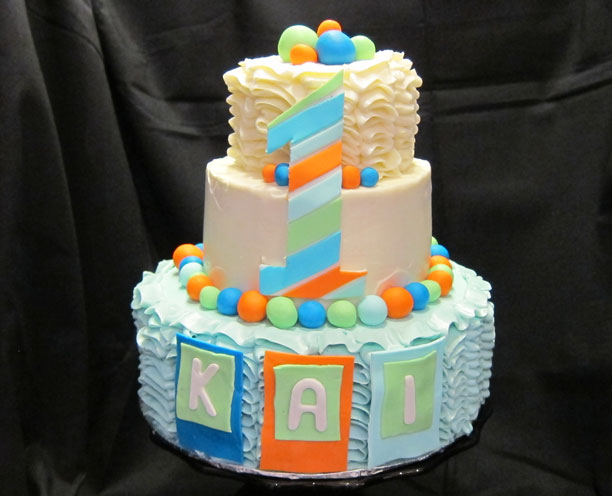 I had to make the cake ahead of time because I was going out of town so I needed to make sure it was a cake they could refrigerate. So no fondant.  I decided to go with the ruffle buttercream because it looks great and even though it’s a ruffle it’s pretty gender neutral.

The only thing I had to work with was a picture of a banner that I translated into his name and a onesie with a big striped 1 on it. 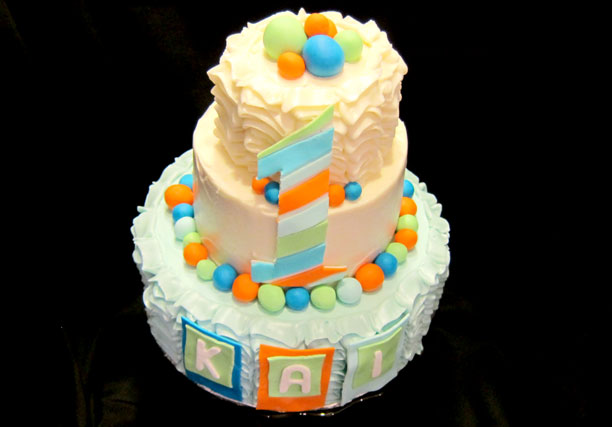 The cake is vanilla butter cake and the bottom tier has a salted caramel buttercream, the middle tier has a lemon buttercream and the top (the smash cake) was vanilla all the way through.  The cake was a lot of fun to make but surprisingly time consuming.  Many thanks to my wonderful mom who actually helped with the letters and rolled all of those colored beads for me. 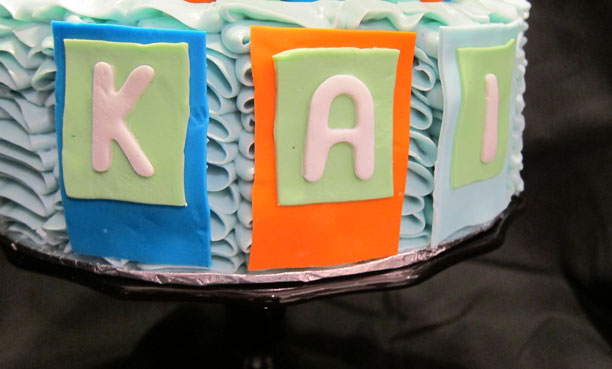