I was asked to make a cake for the NY Tech Council for their 3rd Birthday/Networking party.  I was only given a logo and some colors to work with, the rest was up to me.  I immediately thought about robots as the universal icon of tech-dom and put him in a party hat, sitting on a bunch of presents. 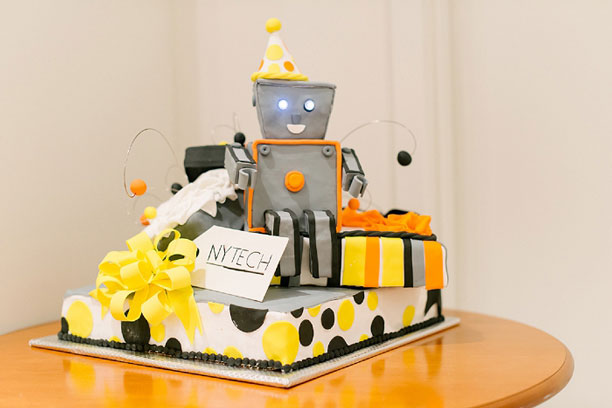 The challenge with this cake was that it’s big, really, really big.  I would guess when it was all assembled it weighed about 50 pounds. My poor husband had to carry it to the taxi and then to the party.  The base of the cake was a 16″x16″ square and had 3 layers inside of it.  This was a big, heavy cake. 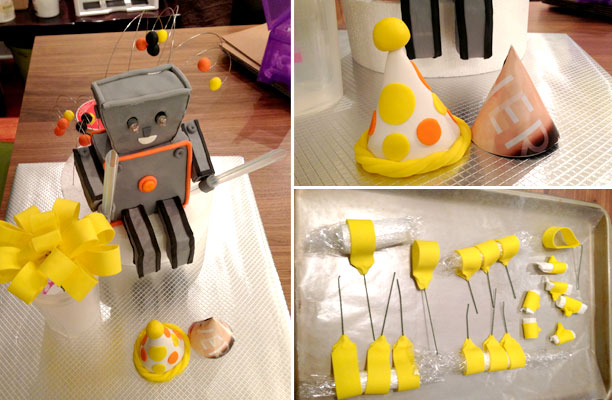 The robot and box top are made from rice krispies and the “tissue paper” is gumpaste rolled out very thin. 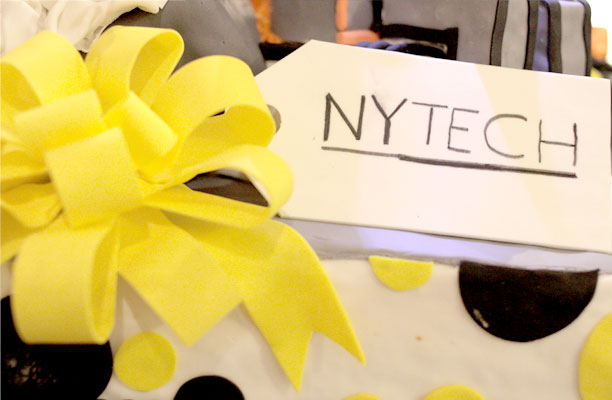 The cake was vanilla butter cake with coffee buttercream and Nutella. The cake was brushed with amaretto and simple syrup.

I used several pounds of fondant and tons of buttercream on this guy.  I have yet to tally up how many eggs, sugar, butter, flour… I used but I’m sure it’s excessive. 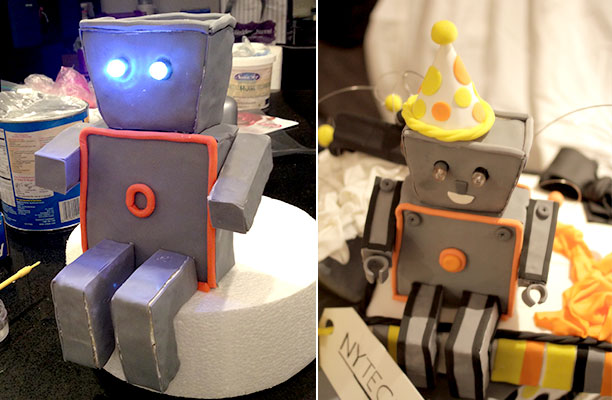 I was very excited to get to use 2 fun non-edible features in the cake.  The first are these adorable wires that I bought from Duff’s cake decoration line.  You can make your own fondant bobbles to put on the end of the wires and they really do create some drama.  The other was these awesome LED party lights for the robot eyes.  I bought them at party city . They last for 8 hours and have a twist on/off mechanism.  I think it really made this cake super special.

Unfortunately I didn’t get to do a rotation video of this cake because it was too heavy for my turntable. 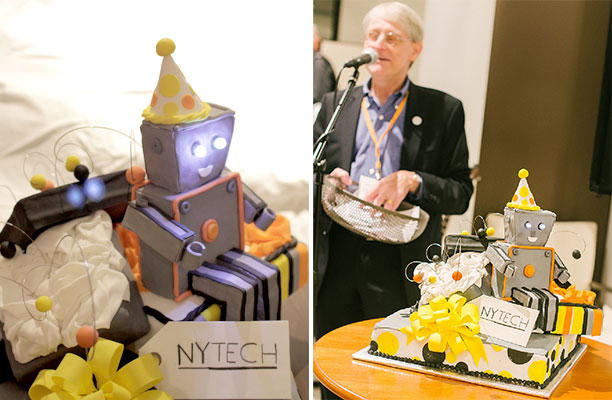 This is the biggest and most epic cake I’ve ever made. It took me about 20 hours total to make and another 10 hours of just planning and sketching. I’m exhausted and I would like to rest now.