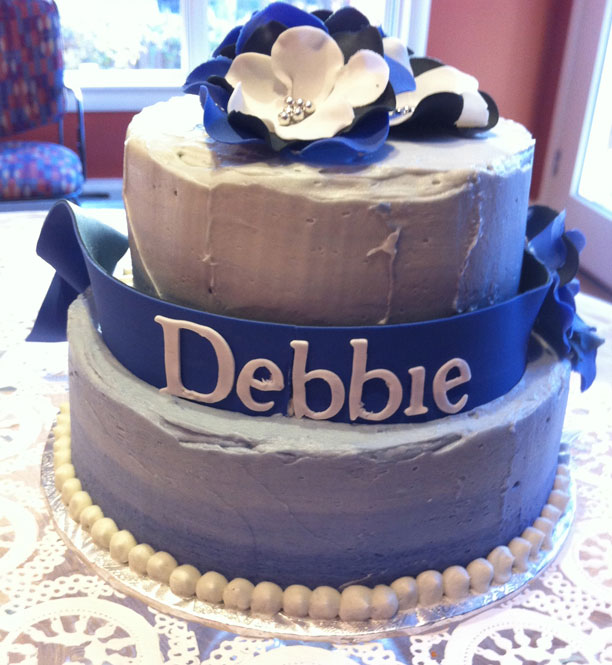 After my first Gluten Free Birthday Cake my friend Debbie mentioned that it had been years since she had a beautiful birthday cake to call her own.  So I decided to take that as a hint and make her one.  Her birthday is not until December but she lives in DC so I made one over thanksgiving that she could freeze until her actual birthday. But apparently she couldn’t wait to eat it so she had an early birthday treat 🙂 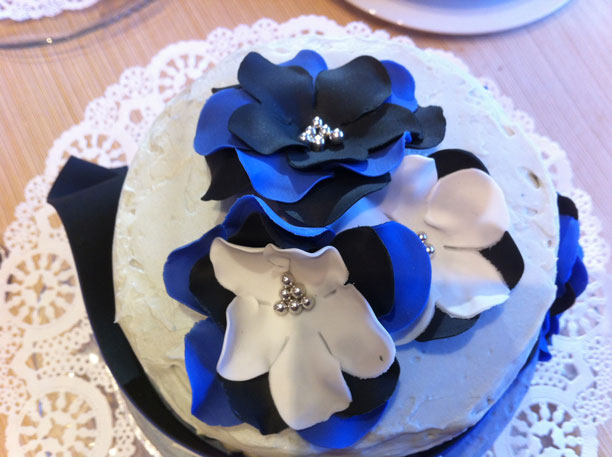 The cake was a vanilla gluten free cake brushed with rum with pina collada buttercream. I used a slight variation on my normal buttercream just to see.  It had a very nice texture and was much easier to make but I thought it was a bit too sweet.

Since it was made to freeze, I decided not to cover it in fondant but instead do an ombre buttercream on the outside.  I topped it off with some flowers and a banner with her name on it.  I used my brand new Cricut Cake Mini to make the letters. 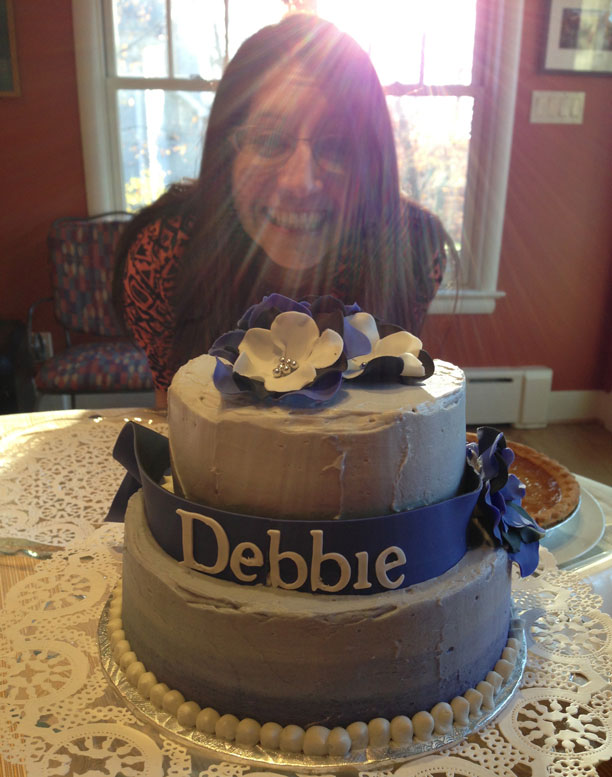